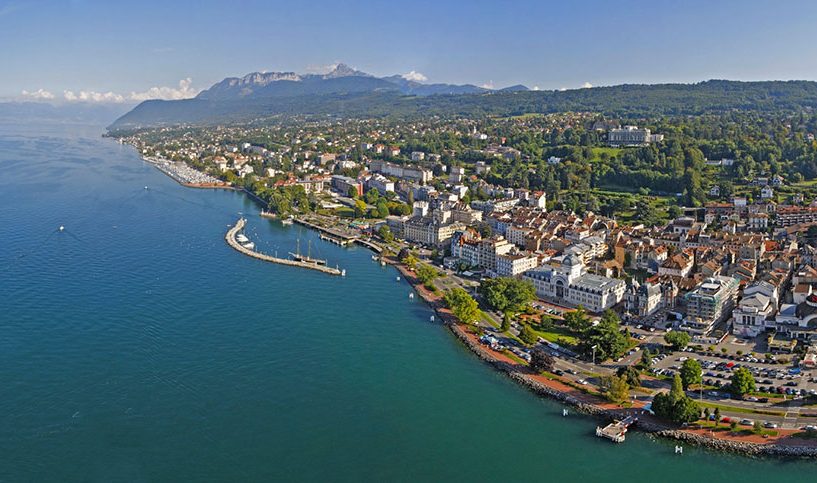 One of the most enjoyable things about travel is exploring cultures that are quite different from your own, and culinary expeditions offer the shortest, and usually most delectable, route to experiencing the traditions and values of a new place. When it comes to the French regions of Savoie, Haute-Savoie and Dauphiné, this is no exception. The French way, after all, is all about appreciating that special joie de vivre that comes with having a delicious meal after a day well spent in the beautiful outdoors.

And while we all love our baguettes and pastries, the French Alps have so much more to offer in terms of unforgettable cultural experiences. This October, you don’t have to travel far (just yet) to experience a taste of what this region has to offer, as Alp’Fest is coming to Kuwait!

Due to the shared valued and traditions of the Alpine region, Alp’Fest introduces guest cities with every edition of the glorious event. The festival was first launched in Dubai in 2014 and has since grown into a week-long event with over 3,000 guests.

It is a wonderful introduction for visitors to the best the Savoie region has to offer such as gastronomy, tourism, culture and business. This year, guests are invited to experience the best that Evian, located along the Leman Lake, and l’Alpe d’Huez, a renowned ski resort located in the Dauphiné region, has to offer.

Even if you know very little about the area, you definitely know about Evian. Bathed by the waters of Lake Geneva, standing on the foothills of the Alps, and close to Geneva, the city enjoys an exceptional natural setting in more ways than one.

The fate of this small town changed forever in 1789 with the discovery of its mineral water, as it has since become a world-renowned spa and developed high-quality tourist facilities with a great focus on wellness and exhilarating experiences. It boasts an international reputation as well as a glorious history, and has preserved its welcoming, warm and authentic character.

Lake Geneva itself is a huge space that evokes freedom where people can enjoy a large number of water sports. It is the world’s boat playground, where the F1H20 World Championships–the Formula 1 of the seas takes place. The lake is just one of many amazing attractions.

Visitors love the Historic Tour that takes you back to the Middle Ages, the Evian Gardens that bloom four times a year, the stunning Chablais mountains and the Evian Thermal Baths that will leave you feeling renewed and refreshed. It is impossible not to fall in love with Evian.

This October, you don’t have to book tickets to experience it firsthand, because Alp’Fest is making its debut in Kuwait at Radisson Blu Hotel! For the 27th and 28th of October you can explore the world-renowned gastronomy, tourism and traditions of Savoie, Haute-Savoie and Dauphiné regions.

Alp’Fest event will give attendees in Kuwait the opportunity to meet face to face representatives from both locations, who will gladly share all types of interesting information, including their food, culture and tourism.

The Lobby of the Radisson Blu Hotel will recreate the atmosphere of a French market square, where guests can meet and interact with the representatives to gain a better understanding of what the region has to offer.

The fastest way to fall in love with a place is through experiencing its food traditions. This is why Alp’Fest has teamed up with the Radisson Blu Kuwait to host two unforgettable buffet dinners on the 27th and the 28th of this month showcasing Savoie’s delicious specialties at the Al Bustan restaurant.

The event will also feature live music by the Tradi’sons, who are traveling to Kuwait specially for the occasion to entertain visitors with their signature traditional Alpine music that’s always a hit at festivals for their fun lyrics and crowd-exciting songs.

Two celebrity guests will be joining the diners for these unmissable events. First up is the highly-esteemed Executive Chef Franck Miglierini, who arrived at the city of Evian in 1992 after years of working at several 3-Michelin star restaurants across the French Riviera. Today, he proudly spearheads six standalone luxury restaurants located in Evian alone.

Bernard Mure-Ravaud, Cheese Master or Maître Fromager in French will also be joining him. In 2007 he was awarded the World Best Cheese Master trophy and appointed Meilleur Ouvrier de France – MOF (Highest French Professional Recognition). He started his career as a cheese specialist at 15, in a small cheese boutique in the French city of Grenoble.

Three decades later, he is recognized as one of the most famous and passionate cheese masters who delivers special cheese selections to a very large number of prestigious institutions across France, and the best part? You can meet them both at Alp’Fest Kuwait!

Both French cuisine experts are offering a series of unique food experiences for everyone to enjoy, and to help guests appreciate and learn more about the delicacies of the region.

Savoie is famous for its cheese-based meals like raclette and tartiflette (prepped with delectable duck bacon), and is widely considered to be the birthplace of the fondue. The buffet spreads on the 27th and 28th of this month will feature succulent meats, a refined, exclusive cheese selection which will be provided by La Maison Du Fromage and traditional desserts, all created with the support of the Radisson Blu Kuwait gourmet chefs.

But the star event is definitely going to be the Pays de Savoie, a VIP gourmet themed lunch for 50 guests only on Sunday the 27th at noon at the prestigious Radisson Blu Roof Top.

While the food is guaranteed to be delicious, the event is about so much more. Local sponsors like Kuwait Airways, Radission Blu, Institute Francais and bazaar are all working with the event organizers and their French counterparts; Ville Evian and l’Alpe d’Huez to make sure that everyone who visits gets the best introduction to the French Alps.

Cultural exploration might start with the meal, but it will flourish into a never-ending relationship with this beautiful area in the south-west of France!

For more information and to purchase a spot at the exclusive dinner use the following link or email afkoweit@gmail.com.